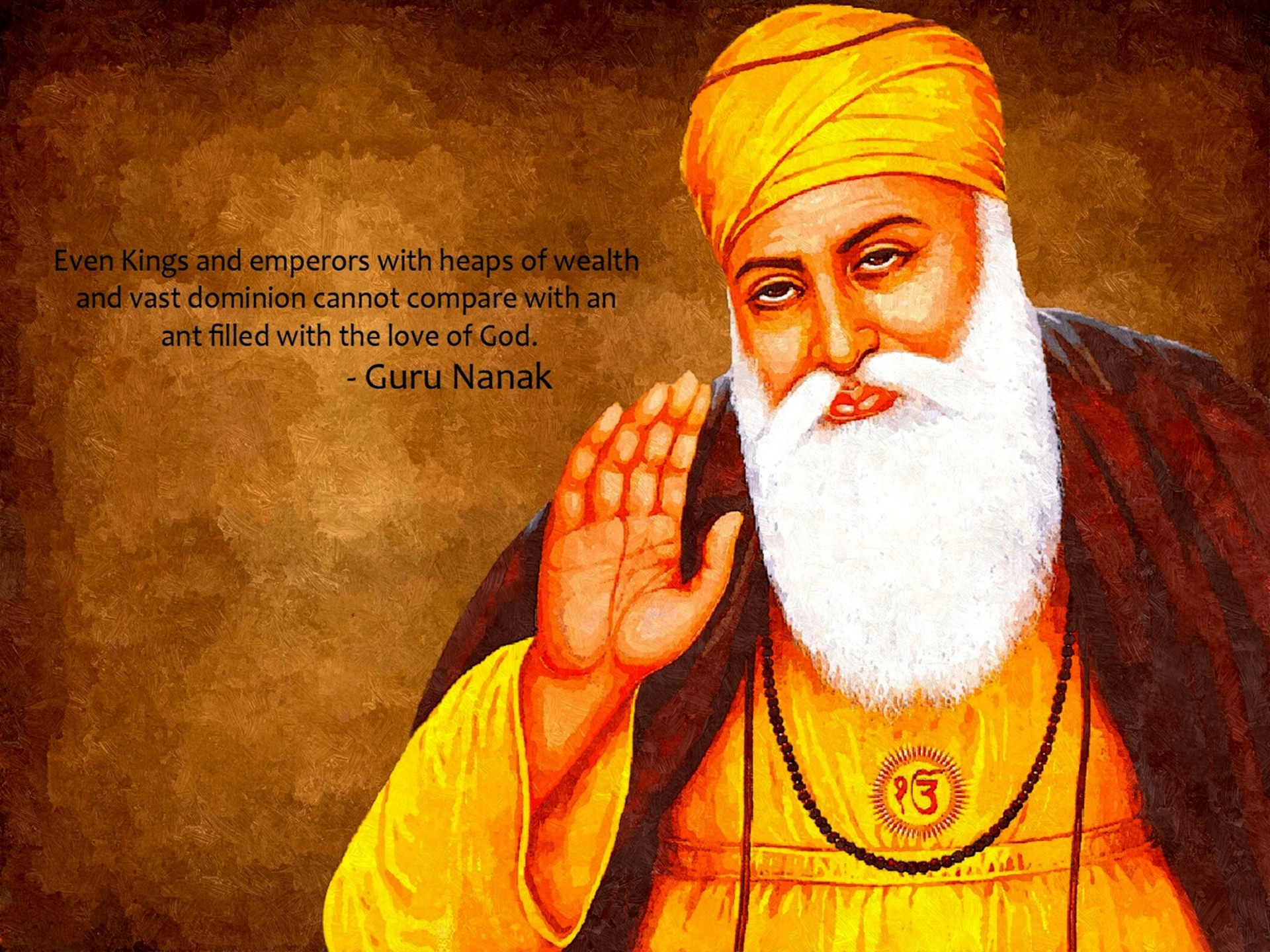 Guru Nanak Dev Ji is the founder of the Khalsa way of life. He was born on April 15, 1469 in the Punjab, the portion of which now forms a part of Pakistan. He taught against communalism and the mechanical and ritualistic religiosity absent of the inspiring genuine search for Truth and love of God to lead a truthful life. He cleared away everything that encumbered the relation between God and man. He recognized no incarnation of God, no human intercession on behalf of man in the Court of God. He preached Oneness of God, the Embodiment of Truth, Justice and Purity. When he was asked which religion was better or more true between two of the main religions then, he said that without good deeds, both will regret’, that God did not care of our religion (organizational name), but rather of our accounts.

Nine Gurus succeeded Guru Nanak Dev Ji one after the other, for a period of 239 years, to put into practice the integrity and consistency of the teachings of Guru Nanak Dev Ji. The Gurus proclaimed that the Divine Light, which illumined the person of Nanak Dev as the Guru, was passed on to the succeeding Nine Gurus. There was therefore One Guru in Ten Human Forms. It is in reflecting on this inner Divine Light of God that revelations emanated from within the Gurus, whose teachings were collected and compiled by themselves in their own lifetimes, into the Sikh Holy Book called ‘Guru Granth Sahib’ and other scriptures. The Ten Human Gurus have always taught that it is these Revelations and Teachings (Gurbani) received directly from God, that is the True Enlightener, or God Himself. Hence, the Sikhs are to come together in holy congregation, as the executive body (Sadh Sangat and Guru Khalsa) of this sacred lifestyle in eulogizing and resonating with God, in the true universality of His Love, to inculcate His Virtues in ourselves. The Sikhs, thus, revere the Guru Granth Sahib as the Abode of the Lord wherein is inscribed speeches of the Lord (the Satguru), revealed through various enlightened beings, besides the Gurus themselves. Hence, we bow to the Holy Book as the Eternal Enlightener (Wisdom of the Lord).